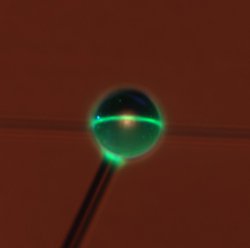 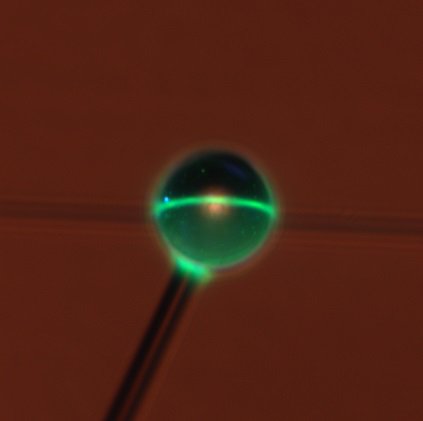 Our group fabricates the highest quality factor (Q-factor) optical resonators in a chip-based format. Q factors of nearly 1 billion are possible. In addition to applications of  ultra-high-Q (UHQ) devices we are finding new ways to boost Q factor to even higher levels. In this secton background is provided on the evolution of UHQ resonator research in our group.

The resonators we study are commonly called whispering gallery resonators in analogy with the acoustical whispering gallery described by Lord Rayleigh [1,2]. These resonators guide light in closed, circular paths through quasi, total internal reflection at the interface of a dielectric (in our case, glass). Because light is a wave, the closed round trip leads to a condition on optical freuquencies that constructively interfere - the so-called resonant frequencies. Light that is guided in these circular paths can be absorbed or will be scattered on account of surface roughness. In ultra-high-Q (UHQ) resonators, the absorption is kept very low by careful selection of the dielectric material and the scattering is also maintained very low by creating polished dielectric interfaces. Q-factor is the figure-of-merit that captures the degree to which optical absorption and scattering can be reduced. Q is approximetaly the duration of time a light wave will circulate divided by the optical period of the wave (essentially the same definition of Q that is applied in all oscillators). Besides whispering gallery resonators, there are Fabry-Perot and photonic crystal resonators [3].

In the 1980s there were a series of reports that focused attention on the possibility of a new, class of optical resonator that could be both very small and also confine light for long periods of time (high Q). Liquid droplet resonators were studied by Richard Chang at Yale [4] and Anthony Campillo [5] at NRL and found to support very high Q optical modes. Through a combination of the high Q, their small size and the optical nonlinearity of the liquid itself (CS2), efficient Raman scattering was observed. 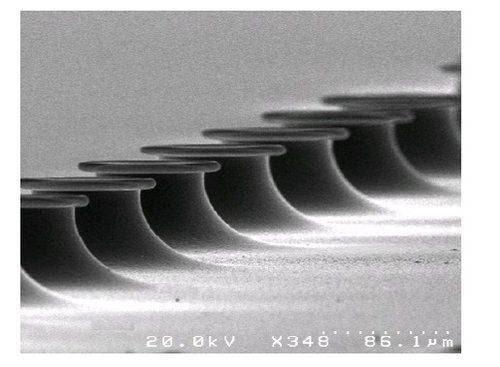 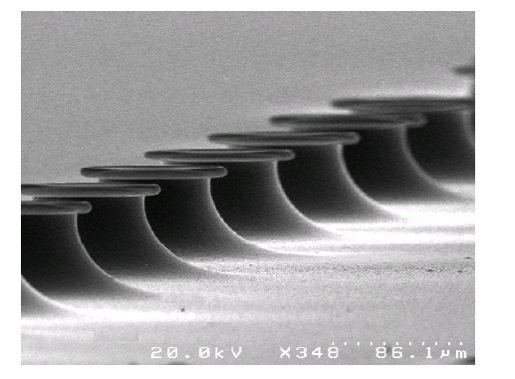 Within only a few years, work at Moscow State University by Vladimir Ilchencko, Michael Goredetsky, and Vladimir Braginsky demonstrated a solid-state droplet resonator in the form of a silica microsphere [6]. The silica microsphere achieved what at the time was a record high Q factor of 1 million for a tiny resonator. It did this through a combination of the low material loss of the silica dielectric and, importantly, through smoothing of the dielectric boundary. In the case of the microsphere this occured by melting the silica and allowing surface tension to form both the spherical resonator shape as well as smooth out any surface roughness. By the mid 1990s the Q factor of silica microspheres had been boosted to values approaching 10 billion [7,8]. This work was motivated in part by the possibility of cavity QED experiments based on the tiny, high-Q optical mode volumes.

A silica microsphere made in our group is shown in the upper left. The sphere has been doped with erbium so as to provide a trace of the lightwave trapped in the optical whispering gallery. Another important step in this work was the perfection of a method to efficiently couple light to and from the silica spheres using a standard optical fiber with a thinned region created by heating and pulling the fiber [9]. The so-called tapered fiber coupler can provide a nearly perfect coupling efficiency (ideallty factor of 99.9% [10]) and also allows for control of resonator loading by the fiber waveguide (an important control in resonator research). These properties were used to advantage in demonstration of a fiber-coupled, microsphere Raman laser by our group [11]. Fiber-taper couplers are now widely used in resonator reseach. A taper coupler can be seen out of focus in the silica microsphere image above. 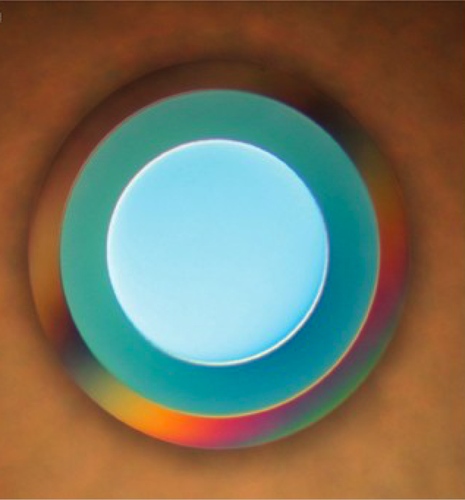 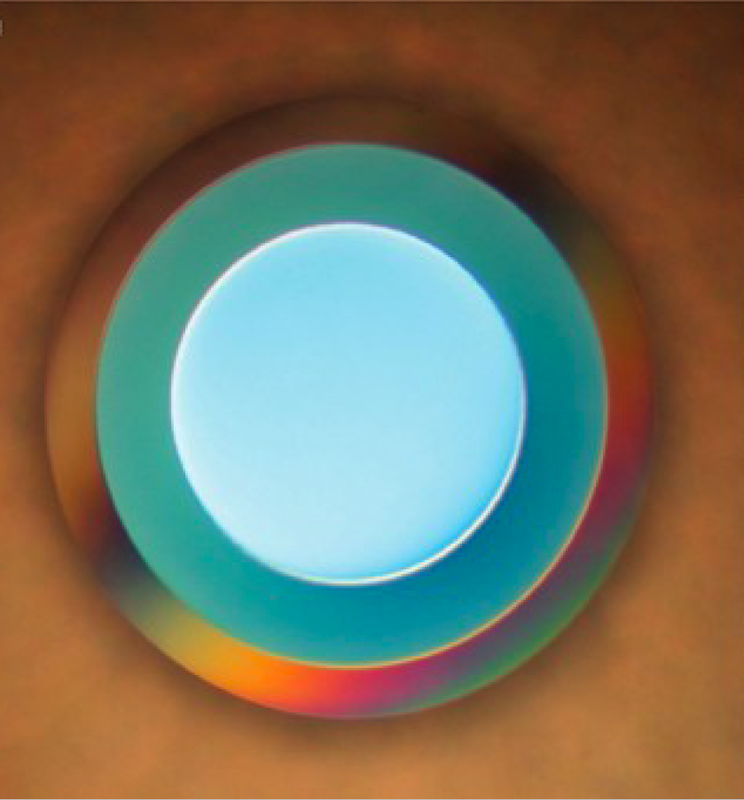 In 2003 we reported on a UHQ design called a microtoroid (Figure 1) that combined ideas used to make silicon-based devices (lithography and etching) with the silica reflow method used for silica microsphere fabrication [12]. Microtoroids could be fabricated in large numbers relatively easily and provided optical Q factors in excess of 100 million. The microtoroid provided an immediate boost in chip-based Q factors by nearly a factor of 10,000x. It could also be fabricated at very small diameters in the range of 20 microns while maintaining high Q - a critical feature for cavity QED experiments [13].  Microtoroids were responsible for the first obervation of radiation-pressure dynamical back action effects thereby launching the subject of cavity optomechanics [14,15,16,17]; the first observation of parametric oscillation in a microcavity [18]; and later the obervation of frequency microcombs [19]. This influential device is widely used in microcavity research today.

Our current research is focused on a whole range of resonator structures and applications that have been made possible by a new process we developed that eliminates the requirement to reflow (melt) the silica to smooth out the dielectric surface. Figure 2 shows the UHQ disk resonator; all steps in its fabrication result from conventional semiconductor processing methods (lithography, etching, etc.). Using these techniques we have demonstrated resonators having Q factors of nearly 1 billion [20]. Even more important is that size and shape control are now possible using this design. This has opened up access to a wide range of applications described in the research topics of this website - in addition to some that we will be reporting-on in the near future. Also, the seminconductor processing method developed to create these UHQ devices lends itself to a new class of waveguides with record low optical loss. These ULL spiral waveguides are used in several applications that we are studying.